Just over a year after we released Zorin OS 16 in August 2021, we’re thrilled to say that it’s been downloaded over 3.5 million times. We’ve been overwhelmed by the terrific feedback we’ve heard from users around the world. Thank you all for helping to make this the biggest release of Zorin OS ever!

Today, we’re excited to announce Zorin OS 16.2. It introduces refinements that elevate the desktop experience even further. Read on to learn about what’s new since Zorin OS 16.1.

For those who wish to use Windows apps and games in Zorin OS, we’ve made it even easier to find and install Windows App Support. You can now simply open the Zorin Menu, navigate to the “System Tools” section, and open “Windows App Support” to activate it in one click.

We’ve also expanded our built-in database that detects Windows installer files for popular apps and games. It provides even more tailored recommendations for alternatives to sideloading Windows executables, guiding you to a better user experience. For example, launching Windows installers for the Epic Games Store or GOG Galaxy now directs you to install the Heroic Games Launcher, which is the best way to play games from these stores in Zorin OS.

These improvements help take the guesswork out of running your favorite apps and games, regardless of which platform they were originally developed for. It’s another step towards making Zorin OS the most friendly and accessible alternative to Windows for everyday users.

When documents are created on other platforms, they often use the default fonts from Microsoft Office/365 or Windows. However, these fonts are under a proprietary license, so they can’t be pre-installed in Zorin OS for all users.

Because of this, documents may display with incompatible fonts instead. This can cause documents to not only look different than intended but also to shift their layout and corrupt their formatting.

Because of how prevalent these proprietary fonts are in documents, this issue became a significant barrier to those hoping to switch to Zorin OS for their work environment.

Zorin OS 16.2 comes with an updated font selection to help solve this problem. We’ve introduced Open Source metric-compatible alternatives to some of the most popular fonts. They appear similar to their proprietary counterparts and have the same character dimensions, so documents display with the correct formatting.

The system substitutes these fonts automatically, so you can start working on documents from other platforms seamlessly.

LibreOffice is one of the most important apps in Zorin OS, and with this new release, it’s getting even better. We’ve included LibreOffice 7.4, the latest version of the award-winning office suite. Some of the new enhancements include:

With these upgrades, we’re further achieving our goal of making Zorin OS the best alternative to Windows as a free and open work environment.

In addition to LibreOffice, you’ll notice that many pre-installed apps have been updated in Zorin OS 16.2. Not only does this provide a more feature-rich experience out of the box, but you’ll need to download fewer software updates after installing Zorin OS onto your computer.

You can now view your computer’s battery status on your phone. The battery level and charging status are visible in the new Status bar at the bottom of the Zorin Connect Android app’s device screen.

These battery statistics are shared with your paired phone by default in Zorin OS 16.2. If you originally installed an earlier version of Zorin OS 16 on your computer, you can enable this feature by following these steps:

The Zorin Connect app for Android has also been updated with other new features:

Now more than ever, it’s vital for students to learn technology skills to prepare them to succeed in the 21st century. Zorin OS Education has always provided powerful tools to teach coding and engineering in a fun and accessible way.

In Zorin OS 16.2 Education, we’re introducing another incredible tool: GDevelop. It’s full-featured, no-code game development software that lowers the barrier to learning programming, while giving students an infinite canvas to express their creativity. It’s accompanied by a comprehensive set of tutorials that guide you through every step in developing a game, so students have the freedom to learn at their own pace.

“With GDevelop, you can make simple projects for fun, create ambitious indie games or even build the next hit, grossing 1 million downloads like some games powered by GDevelop! Professionals, educators or hobbyists all use GDevelop for game making.”

Students have the power to publish their games on mobile app stores, game platforms like Steam, or the web. By going through the entire process of dreaming up, creating, and sharing their creations with the world, kids can gain valuable experience and get excited about making a positive impact in their lives and the world.

Jelly Mode is upgraded to provide an even more fun desktop experience. The animation engine for wobbling windows has been refactored and uses updated physics variables by default for more lively interactions. Maximizing a window now also triggers the effect, better replicating the feel and behavior of jelly.

Many built-in system technologies have received improvements for better security, compatibility, and performance.

Zorin OS 16.2 is now powered by the same version of the Linux kernel as in Ubuntu 22.04 and comes with new drivers, bringing even better support for hardware such as:

The latest security patches are also included throughout the system, so you can have peace of mind knowing that you’re using the most secure version of Zorin OS ever.

The Zorin OS 16 release series will continue to be supported with software updates and security patches until April 2025.

If you’re already running Zorin OS 16, you can upgrade to Zorin OS 16.2 by installing the latest updates from the Software Updater today.

If you’ve already purchased Zorin OS 16 Pro, you can download a new copy of Zorin OS 16.2 Pro or Pro Lite from the download link in your original purchase email. If you lost access to this email, you can resend it here.

Thinking of getting a new computer? Purchase a new laptop or desktop with Zorin OS 16.2 pre-installed from one of our computer manufacturer partners like Laptop With Linux. Every purchase helps contribute to the Zorin OS project. 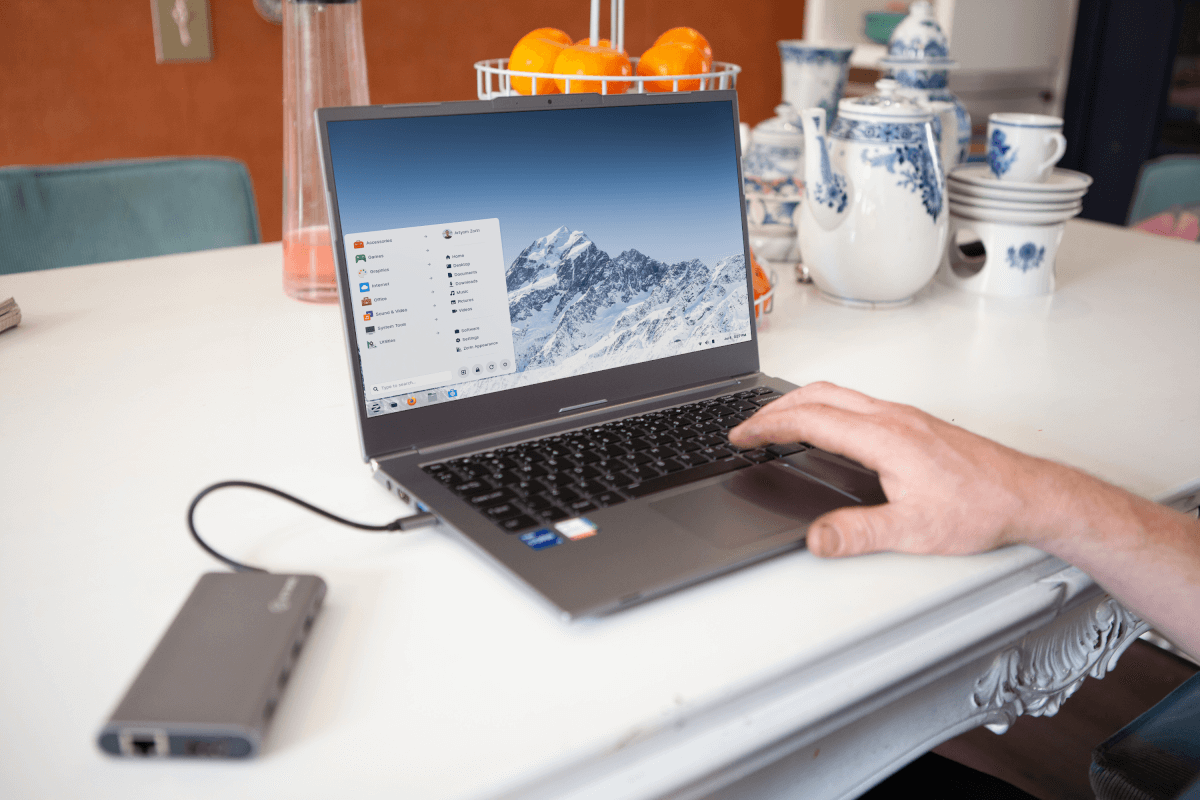