Zorin OS 12.2 Released – Our Most Advanced Operating System Ever 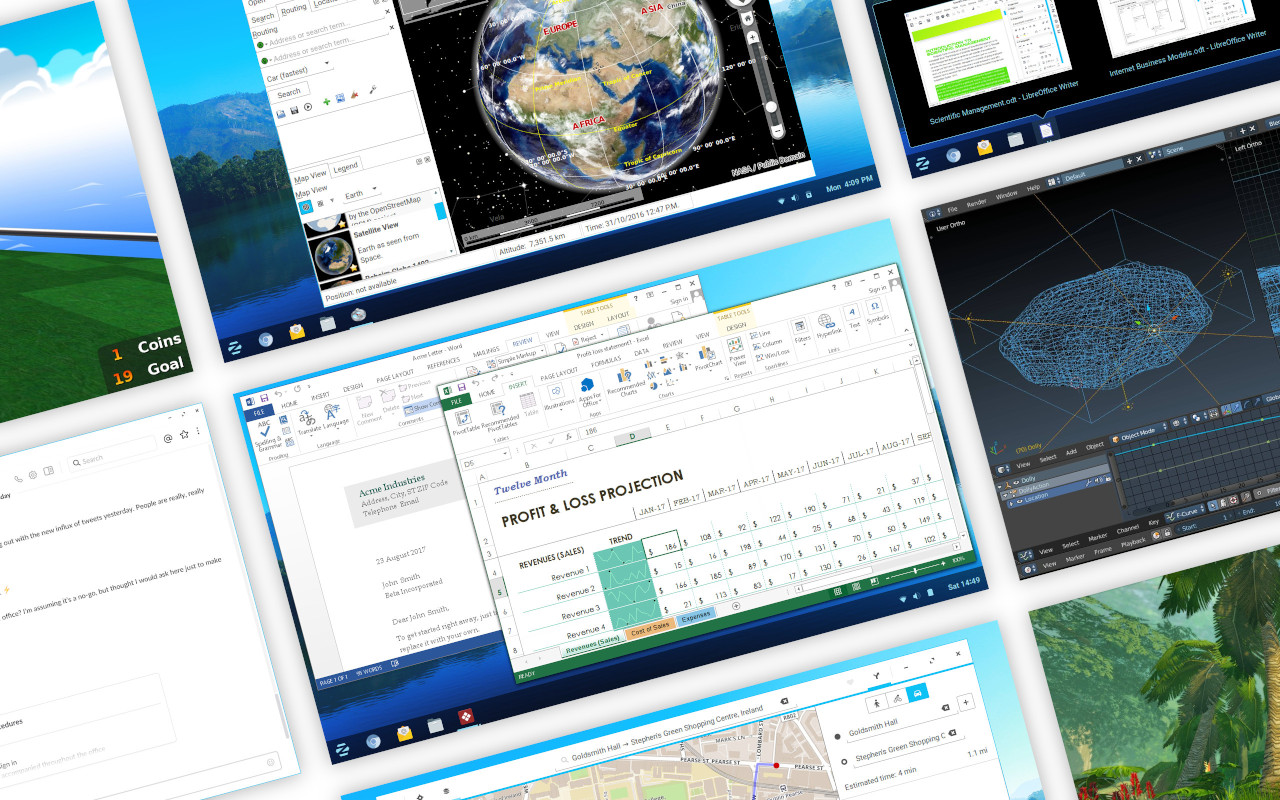 We’re pleased to announce the release of Zorin OS 12.2. This version brings new innovations from the Open Source community together with a familiar user interface, requiring nearly no learning curve for PC users. We have focused on refining the desktop environment and core technologies, readying the system for new classes of users seeking a faster, more powerful, and secure computing experience.

The Zorin Desktop environment has been upgraded with speed & stability optimizations to the software and more responsive user interaction. When using the default desktop layout, you can now hover over window previews in the panel to get a full-size peek, making it quicker to find what you’re looking for. These improvements help make the Zorin OS desktop easier and more intuitive for newcomers.

The newest version of the Wine compatibility layer for Windows apps has been built into Zorin OS 12.2. This means more Windows apps run faster and with greater reliability than ever before. This is the first release of Zorin OS to support Microsoft Office 2013 (more info on how to install it here), further optimizing the operating system for use in business environments.

The Lite editions of Zorin OS 12.2 now include the Disk Usage Analyzer app out of the box. It gives detailed information about which files and folders are taking up space on your computer at a glance. This makes Zorin OS Lite work better for low-spec computers with limited storage, making it the ideal lightweight operating system to revive old PCs.

The Latest Software Out of the Box

Zorin OS 12.2 introduces the updated Linux kernel 4.10 with new hardware drivers and strengthened security out of the box. These updated core technologies make the operating system even more resistant to viruses and ransomware attacks, while also adding compatibility for newer hardware including PCs with the new AMD Ryzen processor series. These enhancements make Zorin OS work even better on the computers of today, and ready for the machines of tomorrow.

All editions of Zorin OS 12.2 – Core, Lite, Ultimate, Business and Education – are available to download immediately.

If you’ve already downloaded and installed Zorin OS 12, you can update your system to 12.2 by installing the latest updates from the Software Updater.

In order to upgrade to Wine 2.0 in Zorin OS 12, you can open the Terminal (by pressing Ctrl+Alt+T) and enter the following command:
sudo apt install wine-stable
Please note you may need to re-install or re-configure currently installed Windows apps after upgrading to the latest version of Wine.

In order to upgrade to the newer Linux kernel and graphics support stack in Zorin OS 12, you can open the Terminal (by pressing Ctrl+Alt+T) and enter the following command:
sudo apt install --install-recommends xserver-xorg-hwe-16.04